The Legal Situation Regarding Prostitution In Germany

The first thing you need to know about prostitution in Germany is that it is legal. More to that, it is taxed by the government in a variety of aspects. For many years Germany has been the pacesetter in the prostitution industry in the world today. However in the last century prostitution has been highly sought by the Germany empire. The law that allowed prostitution was passed back in the year 2002.

Why was the prostitution Law Passed?

The prostitution was widely condemned by many western allies of Germany. However, Germany accepted the prostitution law since it wanted to move several steps ahead.

Some of the major factors that the government looked when passing the law were the security of the prostitutes.

The famous prostitution law was brought forward by sir Gerhard who was then the chancellor of Germany. He passed the law with the green coalition.

His main aim was to protect the prostitutes.

He passed a law that said that prostitution should be classified as a job like any other. This means that nobody would be arrested for being a prostitute. More so the government would take taxes from.

The other major thing that has led to the legalization of prostitution was because most there was a lot of human trafficking. Trafficked humans were then used to for sexual activities. The government saw that if prostitutes were allowed to take part legally the trafficked humans would lose meaning. and hence the traffickers would not traffic humans.

The government generally taxes brothels and prostitutes very high when under a contract. Generally, prostitutes consider working on themselves independently.

Most of the prostitutes in Germany especially in Hamburg are foreigners. Through the law, prostitutes have an access to health insurance. Many consider the law in 2002 as a complete failure. However, it has helped in a majority of the prostitutes. The law is considered as complementing the 1927 bill that allowed prostitution in the country. Before then prostitution had completely been banned. Though Germany has always been known over the years to be a bit Lenient with prostitution over the centuries.

However, the government introduced a law in 2016 that banned unsafe sex. This basically refers to sex that did not use condoms. The government has since provided hefty fines for those who do not comply.

One nightmare about the prostitution In Germany is that it is operated by gangs. These gangs are still the ones who plan for human trafficking of prostitutes to make profits. The gang also organizes gang parties where the participants especially women are given drugs to ensure that they readily comply with what is offered to them

However, the Government is very tough on this and plans how to eradicate well-organized crimes.

In a majority of the brothels, the Government restricts women to stay in cohorts. Police also raid the brothels regularly and ransack the prostitutes to find out what is in their bags. They also look out for suspicious activities in the brothels.

The most complex part about prostitution in Germany is that it is widely spread and you cannot smoke out the prostitution easily.

This is because prostitution does not only happen in brothels but also in restaurants in small groups. various lobby groups say that the prostitution industry is much larger than it is estimated to be. When you look at various restaurants most of the girls there are Romanian girls who underground work as prostitutes.

One of the other things that you need to know about prostitution is that it is now pensionable after the 2002 regulation.

However, it is illegal for one to buy the sex. So practically the one who is buying sex ought to be arrested but the seller won’t be harmed and will e left.

Research has shown that sex and human trafficking has become more intense to countries that have made it legal for prostitutes to offer their services. These are because such grounds are very easy to hide cartels. This is the reason why cartels in Various prostitution districts can widely be seen.

However, the European union member states want to make the regulation on the sex trade neutral. This is because of the fact that when one country bans the sex trade, people move in huge numbers where the sex is legal. In German, there are numerous brothels that have been build on the borders of countries that have banned the trade.

The only effective laws would only happen all the countries agreed on a common rule for all of them. The European Union has been organizing a series of meetings to plan on regulations about the sex trade in the whole of Europe. However this hard. This is because a country like Germany has made an estimated amount of 19 billion Euros from the sex industry.

Practically it has also been very hard to ban the trade.

Types Of Prostitution And Their Legality.

This type of prostitution is legal partially. The government allows it in some parts of Germany and discourages it in other parts.

This type of prostitution is widely accepted not only in Germany but in a majority of the countries in Europe. This is because from brothels the government is able to look closely at the activities in the brothel. Recently, the German government has taken a new twist and ordered brothels to make sure that they have protected sex. The government has also warned on advertising on unprotected sex.

More to that the government is very keen on the safety of both the sex workers and the clients. The brothel rooms should also not be very many. Most of the brothels are not allowed to have more than 60 girls. This is to ensure that the brothels maintain a high level of cleanliness.

The government of Germany does not support pornography and usually, it can serve one with a jail sentence. The government also discourages this type of prostitution since it can make people sick and diseases can easily be transmitted.

This is also because the gang parties participants only test for HIV as an STI. Though they say the test for HIV should not pass two weeks, they do not remember to test for other diseases that might also be dangerous as sexually transmitted diseases.

The main aim of the German government is to ensure that sex traffic and theft in brothels is over. This is because some of the brothels are marred by prostitutes who want to swindle customers all their hard earned cash. This in Germany is mainly known as juicing.

However, these rules are faced with a lot of challenges. This is because Germany is making these rules for foreigners.70% of women who come to practise prostitution in Germany are foreigners. Most of the prostitutes that come to Germany are from Eastern Europe. The women are mainly from Romania and Bulgaria. They are not interested in paying taxes. Most of the prostitutes come and stay for a short period of time then fly away. Prosecuting a foreigner is also difficult since you have to use the international law.

The government has regulated that the brothel owners need to ensure that they advertise to owners the importance of safe sex.

The law also tells brothel owners to ensure that they are licensed. Brothels that are not licensed will be closed instantly. This will also help to wipe out restaurants that work as brothels. A research by BBC showed there were so many brothels than anyone could imagine in Germany.

Generally, there are three types of licenses that each brothel is required to take.

The new law will also affect the prostitutes in this way. First of all the prostitutes will be required to be registered in their specific localities where they operate.

They will have a renewable license that expires after a period of 24 months. However, for younger prostitutes below the age of 21 will be required to renew their licenses after a period of 12 months. This will help the government keep proper records on the number of prostitutes that are operating and discover ways in which they can help them.

More to that the German authorities have regulated that prostitutes need to have regular check-ups to ensure they are health free and not ready to infect the others with diseases.

The new law also targets the buyers of sex. The rule says that no one should force a girl to give her sex if she is not willing to. That would amount to rape.

Buyers will also be targeted for buying sex without protecting themselves. The new law also has very heavy penalties for every offence that one does. The minimum bounty is 46000 Euros for brothels. More to that if they do not comply they are bound to be closed and never allowed to operate again.

The government has also announced that it will be very keen with foreign prostitutes. This is because a majority of them are trafficked into the country for sex trade by powerful cartels. They come from countries like Ukraine where a majority of the people who work here are mafias.

The government said that it will be taking impromptu visits to the clubs. This is to ensure that the brothels buyers and Prostitutes follow the laws and regulation. This will help curb the menace in the prostitution industry in Germany.

The procedure for registration will be difficult. This will reduce the numbers of prostitutes especially foreign ones, who were likely to have been human trafficked into the country.

Edit The Legal Situation Regarding Prostitution In Germany

Hamburg is one of the biggest city in Germany. It also serves as a major port. There are numerous activities and people who visit Hamburg. Your visit could not be

The Most Famous Strip Clubs In Hamburg

Do you want a striptease or a lap dance? Hamburg is the best place to be. The first big thing about this city is that it is the base of

Most Famous Brothels In Hamburg.

Hamburg is the second largest city in Germany. It contains a population of about 1.8 million people. Germany is popular with brothel services. This is one of the oldest places 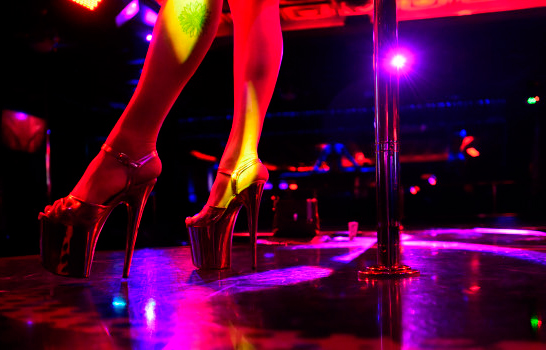 The Naughtiest Night Clubs in Hamburg